What’s the difference between cable Internet and DSL?

List of Internet services offered to the market today 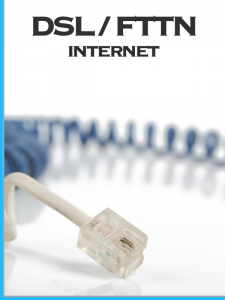 Today, DSL still remains the most accessible type of Internet service for your home. DSL, or Digital Subscriber Line uses the traditional phone lines to deliver Internet content to your home. Thankfully before cell phones, government policy was to insure that all Canadians had access to home telephone services.

In the late 90’s, high speed Internet increased in demand as the Internet began to offer more than a simple email or text file for download. The rise of file sharing became more readily available. At the time, Bell Canada opened a company called Sympatico. This newly founded company would offer Internet services over the phone lines that were 10 to 20 times faster than dial up Internet.

With a top speed of 6Mbps (Megabits per second) DSL was quickly put to the test due to the growing needs of Internet users, ADSL was introduced to the market offering double the download speeds and up to 10Mbps in upload. This paved the way for VoIP and basic video as technologies become more developed and refined. Finally DSL saw it’s final stage of growth to become VDSL. A service now capable of offering speeds up to 50Mbps with a 10Mbps upload. Although cable Internet has shown it’s ability to far surpass DSL in speed, it is rare to find a household that needs much faster.

Since very recently any new developments or upgrades to neighbourhood phone lines result in the addition of Fiber Internet service. Fiber is the fastest level of residential Internet service offered today. Bell Canada is one of the only suppliers offering service. Due to their resistance to allow the rest of the market access, the CRTC has had to step in once again to help regulate this giant. 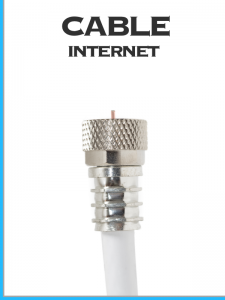 As DSL rose in popularity, Cable Internet providers worked hard to develop a service that would allow them to compete with telco’s newest product offer. Cable Internet was able to make a speedy debut and finally DSL provider Sympatico would gain some competition.

In the early stages, Cable Internet had a few negatives setbacks. Namely early adoption security issues and peak time speed issues. Today, security issues are generally a thing of the past. Slow speeds still affect a small handful of subscribers, but don’t let their loud bark deter you. What works best for one, does not always for the other.

Here to save the day!